For my 31st birthday, Vince gave me the sweetest hug ever - a Hershey Hug.  Before you get the sweet tooth craving, let me explain first what a Hershey Hug is; so, stay with me for a while and read on to find out.
Hershey Hug is one of the many day packages being offered at The Spa at The Hotel Hershey (affectionately known as The Chocolate Spa).  It is a signature chocolate-themed spa package comprised of:
In between treatments, I got to enjoy the other spa facilities including the Sauna Room and Jacuzzi (temperature is so hot in both the sauna and whirlpool that they only allow maximum of 10-minute use at a time) as well as the hotel's indoor pool.  The fitness center has a gym as well and if you want to soak up in the sun, the outdoor pool is also available.  I enjoyed my me-time at The Oasis restaurant, wherein I got to eat a healthy buffet lunch - in my spa robe and slippers.  While waiting for treatment appointments, there are relaxation rooms where you can lounge in - complete with reading materials, chocolates and drinks provided.  The Aromatherapy Inhalation Room smelled so zen-ly good.  I noticed that most of the clients prefer lounging in the Quiet Room, I would guess, because not only that it is a room with a view (overlooking Hotel Hershey gardens and nearby mountain ranges), but also because of the treats you can find in here.  Unlike the inhalation room which only serves unlimited supply of Hershey Kisses chocolates and lemonized water, the Quiet Room has unlimited decadent chocolate drink, coffee, tea, fruits and oh-so-mouthwatering muffins and other delicacies.  One thing I also loved in this spa is the relaxation music it plays everywhere in the treatment area. I would not be surprised if the music they play has some kind of subliminal message because for some reason my mind kept on relating my spa experience to GREEN TEA.  For real, I seriously craved for Starbucks Green Tea Frapuccino before going home then.
In conclusion, I would say that the Hershey Hug is a wonderful, luxurious pampering every lady would love.  Even the spa attendant was jealous when I told her that it was my husband's birthday present for me.  She said, "Your husband should talk to my husband."  Now, I can't hardly wait for my next birthday.  Hehe !
http://www.chocolatespa.com
~ I love you, Vince ~
Posted by KM 2 comments: 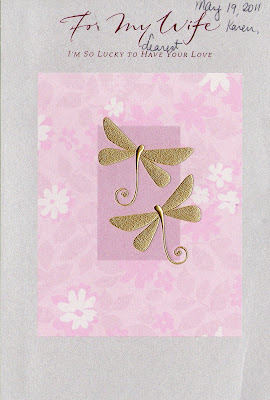 I can never thank God enough for sending you my way, making you my helpmeet in life, and for all the goodness and blessings that come with you. I love you, Vince. No words can express how much I do.
Posted by KM 3 comments:

Email ThisBlogThis!Share to TwitterShare to FacebookShare to Pinterest
Labels: relationship 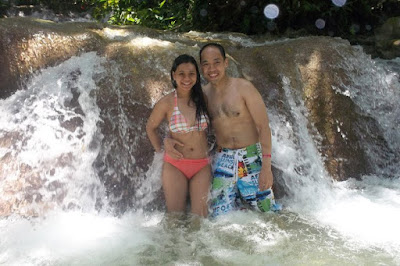 Vince and I spent the past week honeymooning in Jamaica. Needless to say, I'm still hung over from the trip, and my mind has been continually drifting off to Montego Bay. It was really a privilege to experience the beauty of Jamaican people, culture and nature, not to forget the lively reggaes, Patois, sandy beaches, Carribean sea, Rastafarians, rum, tropical fruits, jerk meat, and year-round golden sunshine.
Just like all the other trips we had, I learned a lot from our Jamaican escapade. Among the many local colors I learned are these common expressions:
Another interesting fact is that Jamaica holds the dubious record in the Guinness Book of Records with the most churches per capita mile. Various religious denominations include Catholic, Baptist, Adventist, Jehovah's Witness, United Church of Christ, and Pentecostal. What is more interesting to know is that beside every church is a bar. So while the mother and children are in the church worshipping the Spirit, the father is in the bar drinking the spirit. Our tour guide even quipped that it is better to be in a bar thinking of God than to be in church thinking of the bar. Hehe! Only in Jamaica :)
Talking about bars, Vince and I also went to Appleton Estate Rum Tour and had a peek of the world's famous rum producer's distillery factory, and gained knowledge regarding extracting sugar from sugarcane to distillation to ageing and to blending. At the end of the tour, we even got to sample 13 different rum flavors - or I should say, Vince did. I could not afford alcohol-induced headaches while on a lovely tour, so I was kind and wise enough to let Vince have my share which he very much willingly accepted and enjoyed.  I discovered that Vince has some kind of fondness for rums :D
We also had the chance to traverse the South and North parishes of Jamaica as we went on road trips from Lucea, Hanover to visit famous attractions including Black River, YS Falls, Dunn's River Falls and Dolphin Cove in Ocho Rios. The hike up the cascading waterfalls was fantastic as well as the close encounter with Mexican/Cuban dolphins. I will never forget the feeling of riding on a dolphin's belly.
It was indeed an awesome yet humbling experience. I can go on and on telling you what a lovely splendid time I had in Jamaica, but as I am about to end this blog, allow me to close this by sharing you a stress-free, relaxing view of the Carribean Sea - an epitome of my ideal vacation :) 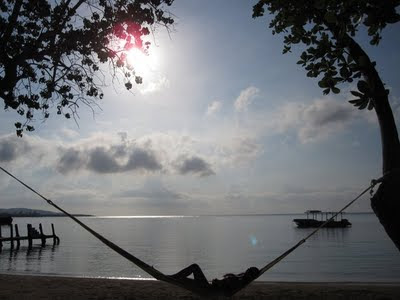