Today, we learned about one of God's lovely creatures, the BUTTERFLIES:

Using this plastic orchid and butterfly decor, we demonstrated how a butterfly sucks nectar and then spreads pollen from one flower to another. 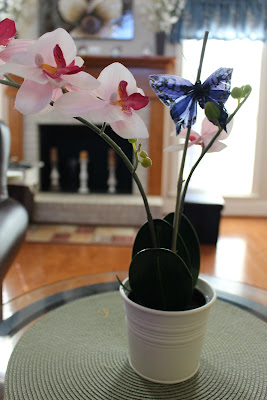 Speaking of miracles, although not included in the book, I mentioned to my son that he is also a miracle. My womb was his chrysalis for nine months until he was ready to be born. How he changed inside me over time from a very tiny cell to a fully formed little human being was a great miracle of God!

We then played a little game. I wrapped my student in a big comforter and pretended that he was a caterpillar trying to come out of his chrysalis. We then pretended to be butterflies fluttering around the house.

For arts and crafts, we painted a butterfly garden. I pre-cut a "stencil" and my little boy used washable paints and sponges to paint a garden scene. 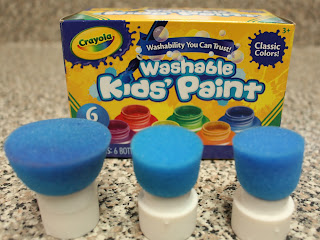 We also did a little coloring, and he practiced writing his name: 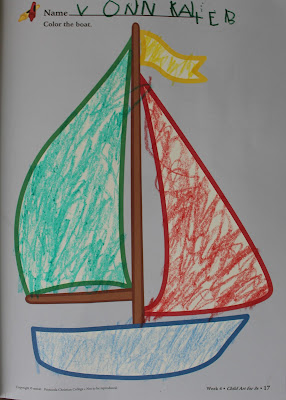 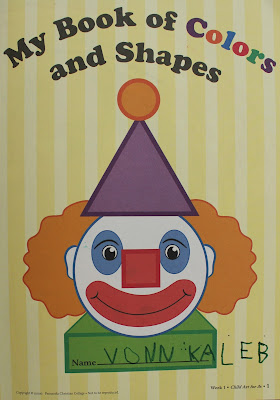 My boy was wondering why we didn't practice writing letters today. I just thought I'd give him a break especially that he was the one who initiated on writing the word "butterfly" and I saw that he had put great effort in doing so and accomplishing the task :)
Posted by KM 1 comment:

Yap, we talked about bears today. 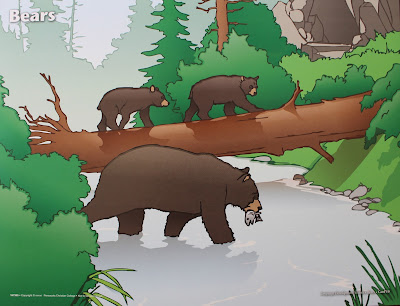 Among the "beary" things we learned are:

We also learned the song, "The Bear Went Over the Mountain."

For reading time, I brought out a bunch of bear books we have at home. Vonn Kaleb chose to read Bear Snores On, and Bear Feels Sick, both by Karma Wilson and Jane Chapman. 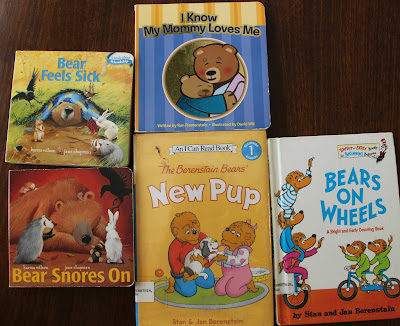 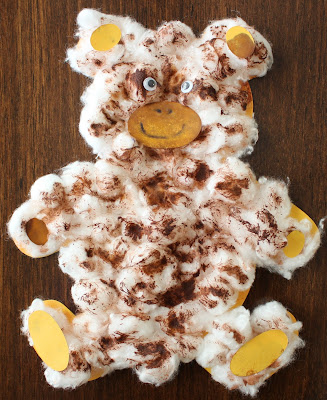 We also did a Numbers and Skills with Button Bear workbook activity: 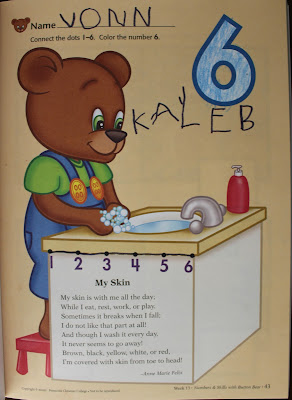 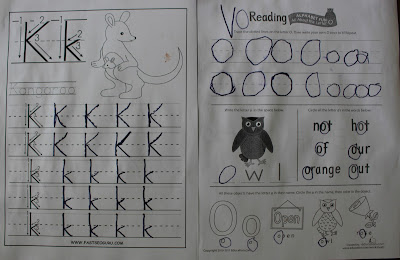 Whew! We survived another homeschooling day. There are so many challenges along the way, that's why we always start our lesson with a prayer. We sure need more of God's grace now that we've been homeschooling!

A IS FOR AFRICA!

Before I start talking about our homeschool lesson today, let me just say that I can't believe I'm back blogging again. LOL! Amidst the pile of clothes for ironing as tall as me, basket-ful of clothes for laundry, basket-ful of clean clothes for folding, beddings that I haven't finished drying (for the 2nd time!), and all the other chores and duties I have on my plate, here I am blogging. Priorities, Karen, priorities. Hehe!

Anyway, let's get this on and be done! 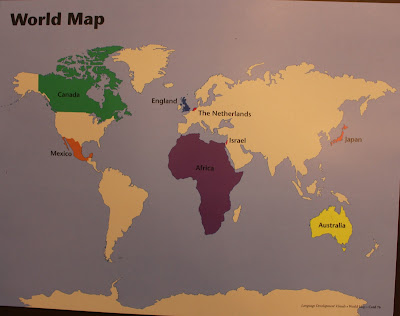 We learned that God made the world we live in. It is round, and has lands and bodies of water surrounding lands. We learned that we live in Georgia, in the United States of America, in North America. For today, we talked about another big mass of land far away from where we live. We talked about the continent of AFRICA. 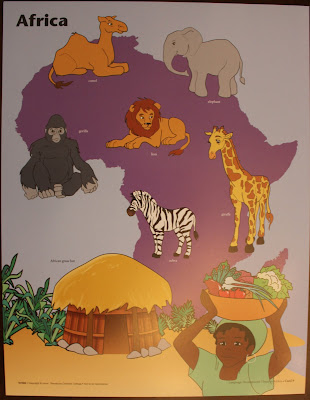 We particularly discussed some of the animals that live in Africa, and we learned that:


We made our own version of African jungle as we went along our discussion. We used Mega Bloks and wooden animals to portray a jungle scene: 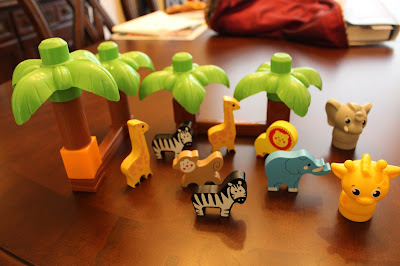 For arts and craft, we made a lion face using cardstocks, wiggly eyes, glue, paint and markers. I let my little boy play with molding clay and animal-shaped cookie cutters while I cut out a lion's mane for our craft. When I finished cutting out a mane, my son then used brown, yellow and orange watercolor to paint the mane. We then made the lion's face and ears. My son glued wiggly eyes on the face. I drew the nose and using a marker, he shaded the lower part of the nose. He then drew the lion's mouth. My son wanted to play with the lion face and use it as a mask, so I taped a plastic spoon at the back of it for him to hold. Here's what our finished project looks like: 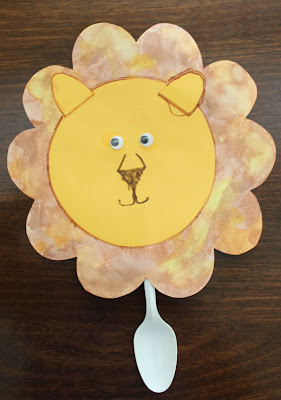 ROAR!!! We then spent the next five minutes or so playing pretend. We pretended that we're lions and giraffes but we're best friends. We were roaring and running around the house, eating leaves from pretend trees, and hugging each other and holding hands because even though he was a lion and I was a giraffe, we're friends. BEST. PART. OF. TODAY'S. LESSON!

When we were done playing, we then moved on to writing. It was actually my son who decided to stop playing, "Now let's practice writing." He kept the lion close to him while he was working on the letters K and A, and was roaring every now and then. He kept referring to himself as the Baby Cub and me, the Mommy Lioness. He seemed to be in a very good spirit while tracing the letters. He kept hugging me and had told me so many times, "I love you, Mommy Lioness," while working. That right there was all the validation I needed. He sure had enjoyed his lesson today. 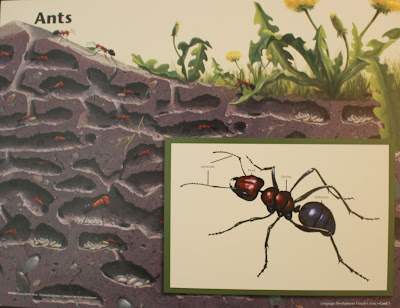 For activities, we first did a little counting with the use of Numbers and Skills with Button Bear workbook. While coloring, my son said, "Mom, I'm gonna be like an ant. I'm gonna work hard." It made me so happy to hear him say that. 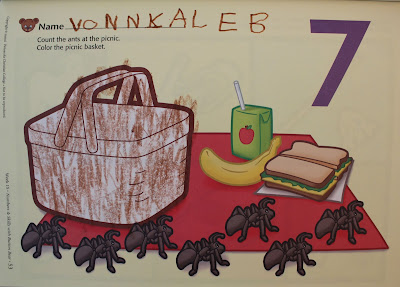 We then reviewed the parts of an apple from our previous lesson. After that, we crafted a paper ant using black cardstock, wiggly eyes, and markers. I cut out three circles, and my son glued them together on a white cardstock. We then glued wiggly eyes to it. He drew the legs and antennae, and added a smile on its cute face for a happy touch to this rather big ant :) He then wrote the word "ant" underneath it. 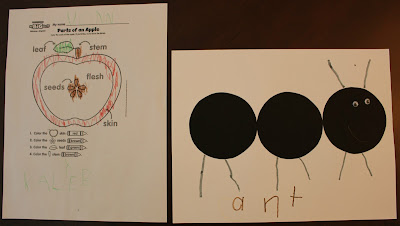 We then moved on to practice writing -- one of my son's least favorite things to do. He needs constant motivation when it comes to this part but the pushy mom in me tries her hardest not to push him so much to the point of burnout. The struggle is real for both of us. Whenever I feel like nudging him a little further, I have to remind myself that he is only 3, and he can write and read already. 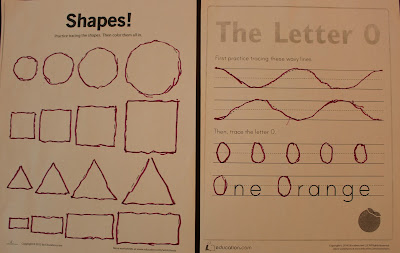 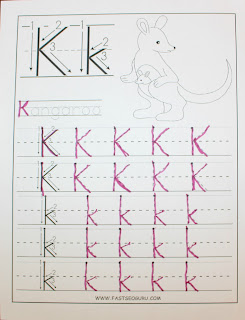 So that concludes our lesson for today. I prepared him some "ant snacks" using Mini Oreos and a couple of marshmallows, but I didn't think they were pretty enough, so I didn't bother taking pictures of them.

Oh, and since the weather is much nicer and cooler now, Vonn Kaleb and I spent a couple of hours outside to play ball before we started our homeschool lesson. We saw some bugs and we also gathered branches, twigs, leaves and acorns while outside -- these are a few of my little boy's favorite things! 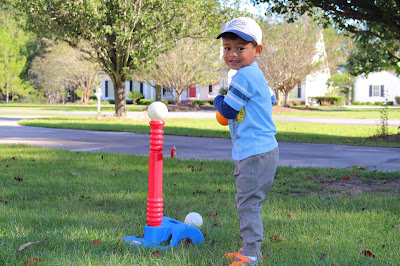 Our homeschool lesson for today was all about APPLES. 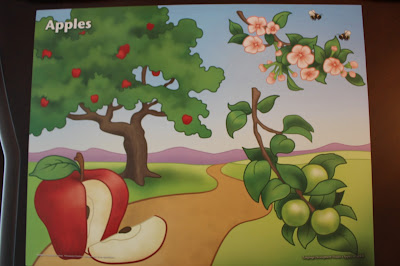 We are on our third week (already?!), and we have been using mainly the Abeka curriculum. For additional activities, I just search the net. There are so many freebies available online, so all I basically do is download and print off whatever I need.

Anyway, we talked about apples. We learned a new action poem. We learned that some apples are red, some are green, and some are yellow. We learned about the different parts of an apple - peel, flesh, core and seeds (shaped like a star). We learned that apples grow from apple trees, that blossoms appear in spring, and fruits are ready for picking in the fall. We also talked about different methods of apple picking/harvesting. We learned that you can make a lot of yummies from apples including apple pie, apple jelly, apple cake, apple butter, applesauce, apple cider, and of course, apple juice! :)

Now, for a little game, we played Apple Treasure Hunt.Using my Scan 'N Cut, I (with help from my student/son) made apple cutouts way ahead of time: 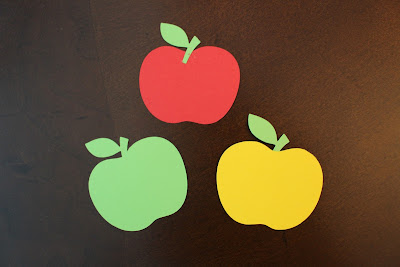 I hid a few apples all around the house. I then printed riddles/clues as to where to find them. Some of the riddles I made myself up, and some I copied from the Internet: 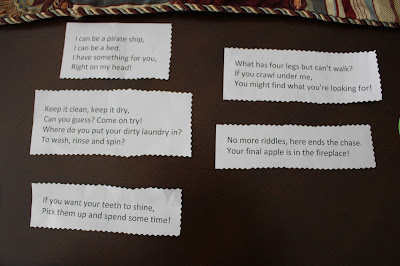 And the hunt began! The little boy found apples on his bed's head board, under the dinner table, on his toothbrush holder/cup, in the laundry room/on the washer, and in the fireplace. Because this was his first time to play a treasure hunt game, I had to help him a little by giving out few details to some of the riddles/clues, but he pretty much figured them out on his own.

When he had found all the apples, we did a little project: 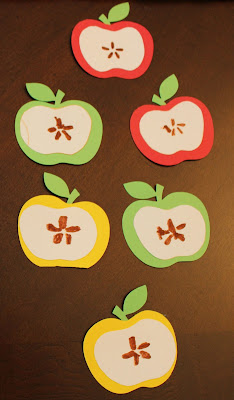 I cut out white construction paper to stick on the apples to show the "flesh" part. My son then stuck the cutouts together using glue, and then using a brown marker, he traced and colored the seed "star formation" in the core. I did the one on top as an example for him to copy. He did a very good job and I'm so proud of my boy!

When we have finished our project, we moved on to counting and coloring apples using his Numbers and Skills with Button Bear workbook: 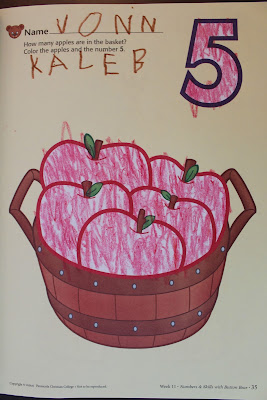 As you can see, he can write his name very well now. With understandably short attention span for anyone his age (3), he gets distracted easily, so I have to redirect him several times for him to focus and concentrate on the task at hand. 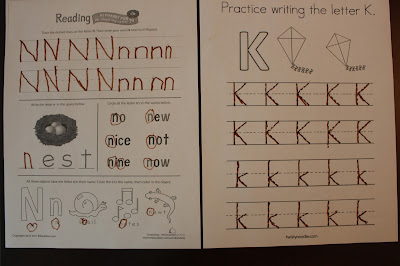 I also love the fact that my 3-year-old is a very good reader. I can just write on the board, say, a new poem we're learning, and he will read it in a breeze. I can now very well utilize our tiny white board as I discuss whatever topic we're studying about.


It was a fun day of learning for both of us. I'm very proud of my boy because like any other preschooler, he encounters daily challenges, and at times, he feels lazy and bored with school work but with the right amount of nudge and push, he keeps on and does his best to complete a task.
Posted by KM No comments: