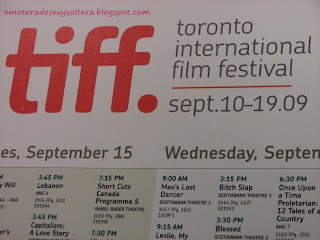 While September is usually a reality check reminding me that I pretty soon will have to again say goodbye to the warmth of summer months and embrace the biting cold winter nights (yes, I tend to forget fall, because it feels just a wink away in between), it also means that TIFF is just around the corner!
The Toronto International Film Festival (TIFF) is a publicly-attended film festival held in Toronto every September, commencing the Thursday night after Labour Day and lasting for only 11 days.  It is recognized as one of the most prestigious film festivals in the world, coming second to Cannes International Film Festival with respect to high-profile celebrities, movies, and market activity.  Notable award-winning films which premiered at TIFF include American Beauty, Black Swan, The King's Speech and Slumdog Millionaire.
In the last couple of years that I was living in Toronto, I got myself into the hype of this star-studded event.  I owe this enthusiasm to two buddies whom I went out to TIFF on separate occassions for two consecutive years.  I was able to see five international films, and they are as follows:
1.  DINIG SANA KITA (IF I KNEW WHAT YOU SAID) - Filipino, 2009
2.  RABIA - Spanish-Colombian, 2009
3.  HADEWIJCH - French, 2009
4.  MEI MEI (LITTLE SISTER) - Chinese, 2010
5.  RIO SEX COMEDY - French-Brazilian, 2010 - starring Bill Pullman
There are hundreds of film entries, and with mix reviews and reception from viewers and critics, it can get overwhelming to choose which ones are really worth watching, although I would say that the element of hit-and-miss definitely adds fun to the experience.  Tickets are a bit pricey, so you might want to take advantage of films which are less likely to be shown outside the festival.  You don't want to be spending a lot for a movie which you can see afterwards in regular theatres at a much lesser price, right?  However, if you opt for films led by big Hollywood names like Matt Damon, Demi Moore, George Clooney and David Duchovny, there is always the chance of seeing these celebrities in person after the screening ;)  That being said, it's also a good thing to hang around the posh areas of Yorkville or the Entertainment District after watching a film or two because who knows who you might run into.  I'm sure you wouldn't mind paparazzi-ing Ryan Reynolds or Rachel McAdams, eh?  Also, if you hang around the Yonge-Dundas Square, you can catch reruns of previous TIFF entries for FREE :) 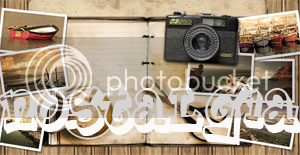